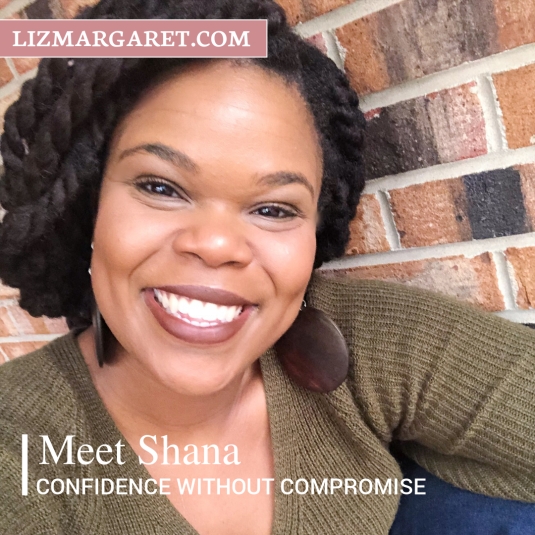 Meet Shana. A writer, content creator, and speaker. In this week’s feature, Shana talks about pursuing Christ when we feel disconnected, allowing God’s truths to transform our identity, and understanding His intentionality in our lives.

END_OF_DOCUMENT_TOKEN_TO_BE_REPLACED 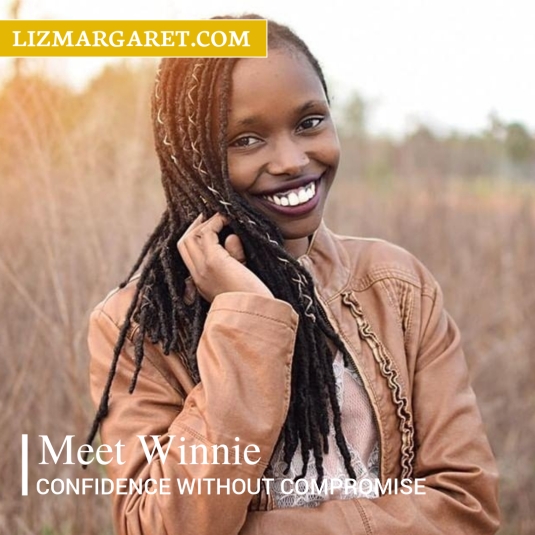 Meet Winnie. A blogger, encourager, and speaker. In this week’s feature, Winnie talks about finding joy outside comparison, being affirmed by Christ alone, and remaining teachable in every season.

END_OF_DOCUMENT_TOKEN_TO_BE_REPLACED

We all want to be confident. From faith to relationships to everyday life, having a sense of confidence propels us to live the purpose we were created for with boldness. But if there’s one area that can be challenging to gain that security, it’s finances.

Whether you’re in college or tackling the post-grad world, these early stages of adulthood are the best times to organize your financial life! Like confidence, financial peace is a process. However, if we want to improve our relationship with money, we must learn to approach finances with the right mindset.

By adjusting our perspective and making small steps, we can easily build money confidence. Money confidence is having a healthy, realistic outlook on your finances and the knowledge and tools to handle them wisely. With time, we will find freedom from fear and build smart habits that can change our lives.

END_OF_DOCUMENT_TOKEN_TO_BE_REPLACED 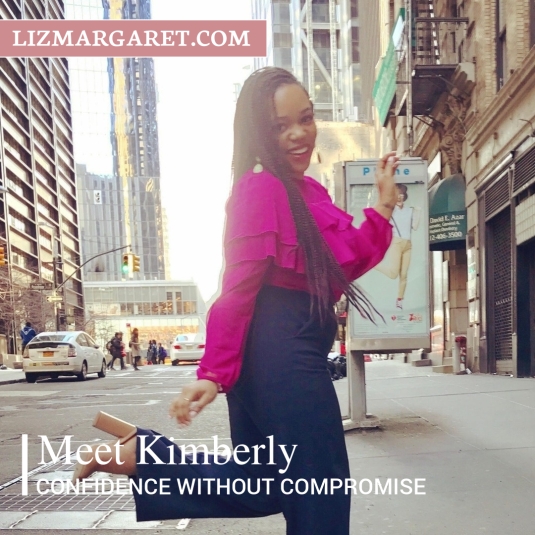 Meet Kimberly. A blogger, PR manager, and web host. In this weeks feature, Kimberly talks about living a life pleasing to God, the impact of obedience, and finding freedom through surrender.

END_OF_DOCUMENT_TOKEN_TO_BE_REPLACED

More: to a greater extent.

“Maybe this is as good as it gets.”

Have you ever found yourself saying that? That you have no choice but to stay where you are, because it will only get worse from here?

You might feel you must stay within a bad relationship, because there’s no one else for you. Or, you feel you have to hang out with toxic friends, because otherwise you’d be alone. Maybe you feel you need to sacrifice your health to get perfect grades, because you’re convinced you’ll fail if you don’t. You feel you have to perform perfectly at work, or else you won’t be valued.

Whatever the case is, you feel as though if you don’t hold onto something, you have nothing.

Any of these things–relationships, grades, or careers–can disappear at any moment. And you probably know this, which is why you feel the need to maintain them constantly.

These are all things you can enjoy, if they are good things. But when you find your entire worth in them, you’re going to find yourself empty.

You were not made to find your security in temporary things. God has more for you than that. He provides more, or to a greater extent. But how do we get to this “more”?

Your value is not based on what you have or don’t have. God sees your value. He created you with value.

God can do more for you than what you can do for yourself.  What you see with your own eyes is the surface. When you commit your life to Him, you’ll find that good moments in life can get better. And better.

But Jesus looked at them and said, “With man this is impossible, but with God all things are possible.” (Matthew 19:26 ESV) 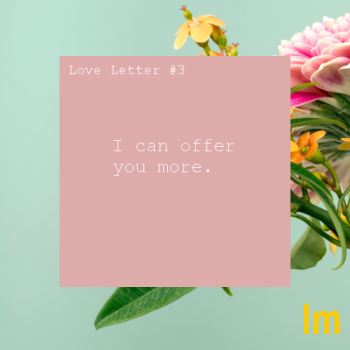 Two are better than one, because they have a good reward for their labor. For if they fall, one will lift up his companion. But woe to him who is alone when he falls, for he has no one to help him up.

How open are you to help?

Sometimes, it can be totally awkward to ask for help. I was a shy child, and the thought of raising my hand and asking the teacher a question in class was terrifying. Something about it put me outside my comfort zone. Of course, as I’ve gotten older, I’ve grown out of that, but it’s interesting to see how far I’ve come.

Today, I was reflecting on the power of community. Many times when I have faced a challenge, God provided someone to guide me. Sometimes, I prayed and asked for help, other times He simply provided the help before I could even think of it. Whatever the case, I was extremely grateful.

Community is a significant part of our faith. God places loving each other as a command. Romans 13:8 states, “Owe no one anything except to love one another, for he who loves another has fulfilled the law.” We can exercise love through acts of service such as being hospitable, praying for each other, going out of our way to meet a need. But I find when it comes to correcting each other, we tend to shy away.

END_OF_DOCUMENT_TOKEN_TO_BE_REPLACED

Remember the word that I said unto you, The servant is not greater than his lord. If they have persecuted me, they will also persecute you; if they have kept my saying, they will keep yours also.

At 1:00 a.m., when I should’ve been asleep, I caught myself in my thoughts. I found myself thinking:

There’s some people I really wish I was never friends with.

In the past, there’s people I felt I gave my best to them–my time, my love–and it felt as though they just took it (or maybe not even that!) and left without even looking back. I didn’t know if this was the right attitude to have, but I sincerely felt hurt and confused by that.

Was I taken advantage of? Did I do something wrong? Did they?

The longer questions poured into my mind, the more I found this “human hurt” so interesting, because we–and by, we, I mean everyone–have treated God the same way. The world has and continues to do so. God created the world–a world that has come to reject Him. What’s mindblowing is the fact that He still loves us unconditionally. He still gave His only Son for our salvation, being fully aware of the kind of rejection that He would experience.

I then started thinking: Would I have still offered just my friendship to certain people, if I knew that in the future they would have just betrayed and rejected me?

My first instinct was to say no. Why would I have wasted my time?

Yet God provided His Son to give eternal life–not just to anyone special but to everyone in the entire world. Everyone.

Ever felt ignored by someone who you care about? People deny the very existence of God–the same people He loves in ways we cannot fully comprehend and the same people He just wants to have a relationship with. He does not turn His back on them.

So I prayed: Okay, God. How am I supposed to see the people who have rejected me?

“A servant is not greater than his lord.”

“If they have kept my saying, they will keep yours also.”

I quickly realized that there’s a much larger struggle going on here–one that is beyond human relationships. We live in a world that has rejected God. The mere name of Jesus Christ–the Son of God–alone is hated by many. So, if you are trying to reflect Him, don’t be surprised if you lose relationships along the way.

Our purpose on Earth is much greater than the people we might lose. I believe people are often in our lives just for a season. And because of this, the most important job I believe a Christian has is to radiate God’s love despite this–especially while we still can to certain people.

He was rejected in this way–crucified on a cross, where He was brutally beaten, spat on, mocked–so that we might have freedom and eternal life with Him in Heaven. And yet we, as humans, still have the choice to reject Him (but He did it anyway!)

As Christians, we have accepted Christ as our Savior and now we have this eternal life that He died to give! The best we can do is to share His Word in hopes that others join in on this freedom.

And if people are ever placed on your mind at 1:00 a.m., that might just be the Holy Spirit giving you a little reminder to show Christ’s love by praying for them.

“This is my commandment, That ye love one another, as I have loved you.” 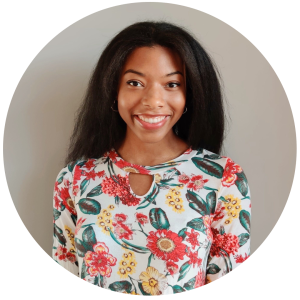 Based on Hebrews 11:1, the motto “Confidence Without Compromise” is a lifestyle that we’re called to as believers.

It’s living with purpose, on purpose, and through purpose.